The Jr Boys Basketball team had a very successful season. They practiced for over 3 months to compete in the regional tournament held in Buffalo Narrows. The team was young but fast and really showed their commitment throughout the season. The team found success running set plays with support from both veterans; Josiah and Chris. The rookies showed they could play with the best of them, including a great defensive game by Justin and huge rebounds by Peyton. The team placed 3rd overall in regional, bringing back the bronze medals.

‘ I was very excited to see these young men learn and grow over the course of this season. They showed resilience and great teamwork at the tournament and they should all be proud of their accomplishment! Well done Boys’ – Mr Zomer. Head coach of the Jr Basketball Team.

The Jr season was wrapped up with a friendly exhibition game against the MWS staff members. 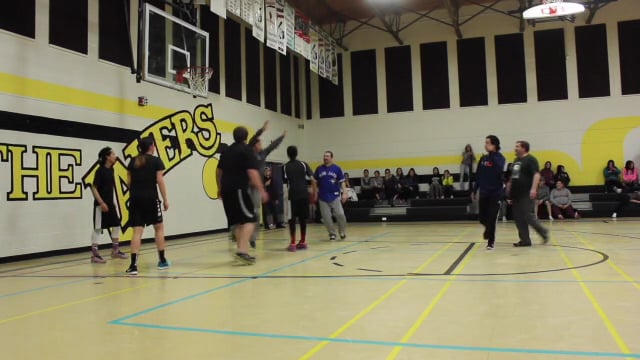 This is the beautiful staff of MWHS